*Former Co-Founder, Director and COO of Pursuit Channel performing all duties and finances required to launch in May, 2008. I handled the Producer Contracts, Distribution Contracts with DIRECTV, Commercial Sales, as well as worked with the PI/DR Agencies and Reps.

*My Wife Lisa, (Owner – Hunt Channel) funded the original launch of Pursuit with her Bank Stock and we then raised the next 2+ Million dollars among family and friends. I sold my interest in Pursuit Channel at the end of 2012 and Launched the Hunt Channel in January, 2013, which is an Online Digital Outdoor Network with Free 24/7 LIVE Outdoor Programming and Video on Demand Library. (Over 75+Million Devices, Plus Free Mobile Apps).

I have served as Executive Producer of Rusty Faulk Outdoors, a 15 year production of an Outdoor TV Show, and with my Partner, Rusty Faulk, we were Co-Founders of the Pursuit Channel. *I also worked in Management at Hicks, Inc., Luverne, AL. (Distributor of Outdoor Products), handling duties as Buyer, Promotions/Flyers, Catalog, Key Accounts, Sales Manager, and established the first Hicks, Inc. Dealer Trade Show in 1992. *During my 36 years in the Outdoor Industry, I also worked with 3 Major Manufacturer Rep. Organizations in the Southeast, beginning in March, 1983. (1) Bob May Co. (2) JPBD & Associates (3) & Dunkin-Lewis, Inc. 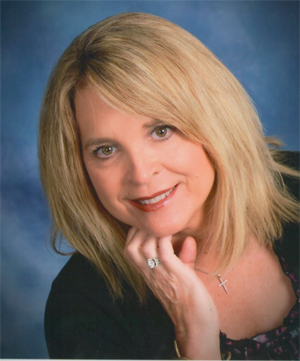 Former Accounting Director of the Pursuit Channel with a BS in Marketing from Troy University. Lisa’s resume includes 2 years Asst. Marketing Director of a Major Pharmaceutical Distributor as well as 10 years of experience in the classroom teaching High School Math and Accounting. She currently handles all accounting and bookkeeping duties of the Hunt Channel as well as invoicing and billing of all sales transactions, Producers and Advertising.

Theme by Anders Noren — Up ↑